Reflection on a #TalkJustice Community Exchange

Charlotte Sullivan is a Dalhousie University student who is completing a practicum with the Equity & Access Office of the Nova Scotia Barristers’ Society. Below, she reflects on her experience at a recent community exchange event co-hosted by United Way Halifax and the Nova Scotia Barristers’ Society. The opinions expressed in the article are hers. 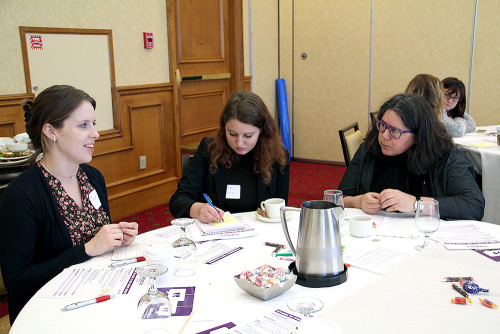 On January 26, 2017, community leaders and members of the legal profession gathered in downtown Halifax to discuss the #TalkJustice project. This initiative is designed to identify and amend problems in our justice system by gathering the stories of Nova Scotians who have interacted with it in some way. Preliminary results from the first phase of this research are expected in June. In the meantime, the Nova Scotia Barristers’ Society and other partners in the Access to Justice Coordinating Committee are aiming to gather as many stories as possible.

“Eighty-five per cent of Canadians with legal needs do not interact with the justice system in a formal manner,” Darrel Pink, the Society’s executive director, said during his opening remarks.

This statistic is staggering. Why does this massive majority of individuals who require legal services avoid resorting to our judicial system? For many, unfortunately, it all boils down to a lack of accessibility. Our legal system is convoluted and bureaucratic, not to mention financially inaccessible for the average Canadian. For someone without a legal education, it can seem daunting and sometimes even impossible to seek out legal assistance. Pink goes on to say that it is our imperative to provide access to all.

As I listen to the testimonials of community members, I hear it affirmed again and again – the truth about our justice system is that it is designed to serve some individuals at the expense of others.

Adam Craft, from the Metro Non-Profit Housing Association, discusses the classism inherent in accessing legal justice in Nova Scotia. He mentions the difficulties that many people in the Halifax area have had in securing adequate housing and that often, landlords will get away with providing substandard housing to tenants with the assumption that these tenants will not have the education or the means to fight for their right to a decent place to live. 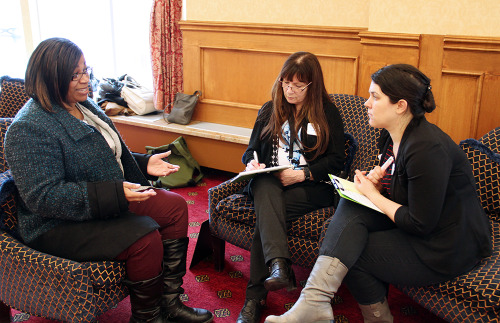 Julie Chamagne, executive director of the Halifax Refugee Clinic, talks about the experience of a Libyan woman who was afraid to seek help in a case of serious domestic abuse because of her immigration status. She considers what justice looks like for people who do not have Canadian citizenship, and talks about language as a barrier to accessibility: refugees will often require interpreters in seeking this sort of help. This centres and privileges native English speakers within the justice system. She also notes a distinct lack of resources available to help dissolve these barriers.

We hear from Rodney Small of Common Good Solutions and Denise John of theMi'kmaw Native Friendship Centre that the issues faced by BIPOC (Black, Indigenous and people of colour) folks in Nova Scotia are exacerbated by historical tensions and traumas.

I was particularly struck by Small’s personal story of growing up in Uniacke Square. He tells the room that in his community, some people dealt drugs to feed their families and to rise above turmoil. His own run-in with the law happened when he was 15 years old. (Read about it in this article, How a landmark case heard 20 years ago shaped a black teen at the centre of it, CBC News, March 10, 2017.) Small recalls a good experience with the justice system because he had an excellent lawyer (the late Burnley Allan “Rocky” Jones), one who genuinely cared about him and involved him in the process. 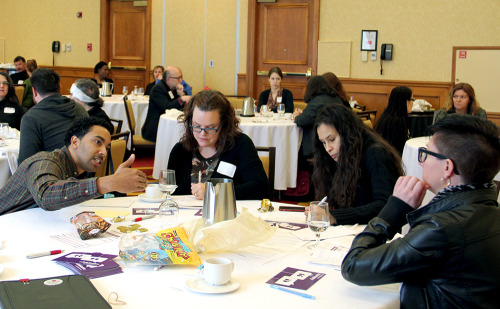 As someone who aspires to work in law, this story moved me. It’s a reminder of how one person can have an enormous impact on how people interact with justice, and a reminder of just how far compassion can go.

As the afternoon unfolded, I had the opportunity to listen to many stories. Some of them were good, some of them were bad. All of them helped shape my growing understanding of the institutional barriers that marginalized and vulnerable populations in Nova Scotia face in attempting to get justice. The most shocking moment of the event, for me, was listening to someone from the deaf/hard of hearing community speak about getting handcuffed and therefore being unable to communicate through signing. I had never heard this perspective before, and was immediately conscious of my own privilege because I’d never considered it. In order to make the justice system truly accessible, it also must be rid of ableism.

Hearing these kinds of stories through #TalkJustice at this event has helped me challenge my own privilege, and consider more broadly the manner in which that privilege manifests itself in my personal ability to access the justice system. This kind of consultation amplifies the logic of using stories in the research methodology of #TalkJustice to determine what needs to change in our justice system. Voicing these stories is imperative to enabling real change.